Professor Hussein Abdulsater's forthcoming book "Shi'i Doctrine, Mu'tazili Theology: al-Sharif al-Murtada and Imami Discourse" has been announced for publication in June 2017 by the Edinburgh University Press. The book will examine the critical turn that shaped Imami Shi'ism in the 10th and 11th centuries. 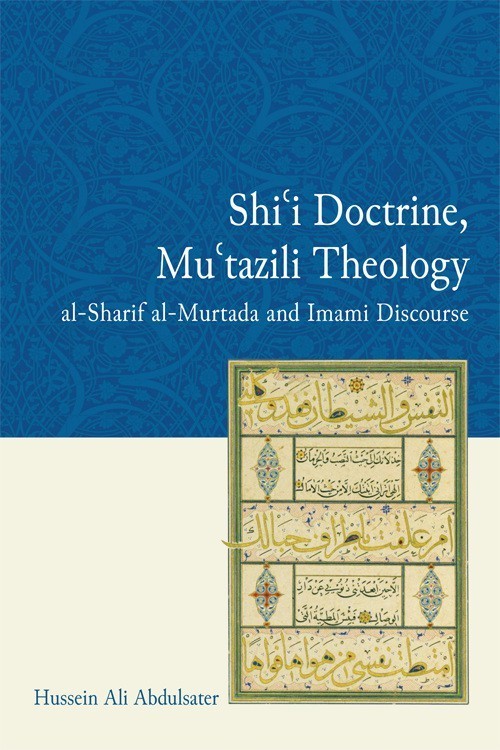 "God is not free to act; He is bound by human ethics. To be just, He must create an individual of perfect intellect and infallible morality. People are obligated to submit to this person; otherwise eternal damnation awaits them."

While these claims may be interpreted as an affront to God’s power, an insult to human judgment and a justification for despotism, Shiʿi Muslims in the eleventh century eagerly adopted them in their attempts to forge a ‘rational’ religious discourse. They utilized everything from literary studies and political theory to natural philosophy and metaphysical speculation in support of this project. This book presents the contribution of al-Sharīf al-Murtaḍā (d. 1044) of Baghdad, the thinker most responsible for this irreversible change, which remains central to Imami identity. It analyzes his intellectual project and establishes the dynamic context which prompted him to pour the old wine of Shiʿi doctrine into the new wineskin of systematic Muʿtazili theology.