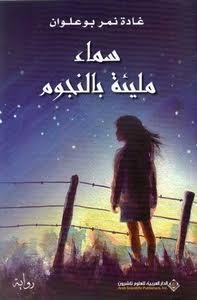 A Sky Full Of Stars is the story of Dahlia, a young pensive girl who enjoyed reading and writing but never pursued it in depth.

Dahlia grew up in Beirut during the Lebanese Civil war. The horrible war finally ended, but its effects lingered for a long time, and Dahlia found herself in a limbo of sorts: she was neither dead nor totally alive.

A Sky Full Of Stars is bookended by two of the most significant days in Dahlia’s life. It begins with her birth and ends with the day she finds new meaning in a life that, post-war, has often seemed immeasurably hard, so cruel, and so unjust.

Ghada Bualuan wrote this debut novel for Dahlia. She put her arms around Dahlia, and wrote her story to try to free her from the grief she has stashed in her doleful memory. Ghada wrote this novel to help Dahlia find closure, help her heal, and reinvent herself.